The Invisible Life of Addie LaRue is the story of Addie, who has lived 300 years because she sold her soul to the devil in exchange for freedom and more time. An unexpected part of the deal is that no one, not even her parents, remember Addie, leaving her to grapple with the curse of not being able to leave her mark on the world.

The novel opens with a scene in a small town in France in 1714. Twenty-four-year-old Addie LaRue is fleeing from her wedding to a man she doesn’t love. She wants the freedom to experience life unshackled by family obligations, something most women in those times weren’t able to do. She runs into the woods and prays to any god that will hear her and respond. She unwittingly conjures up either a dark god or the devil (the book was ambiguous about what he was).

Addie tells the devil that she wants more time to live a life of freedom and that she will give him her soul when she doesn’t “want it anymore.” The devil makes the deal but curses her, thinking that she will give up quickly so he could have her soul. He didn’t expect her to live for 300 years.

Addie’s curse is that no one remembers her. If she’s talking to someone and they leave the room, they don’t remember her when they return. When she sleeps with a man, he doesn’t know who she is when he wakes up the following morning next to her. This creates some serious logistical problems – Addie can’t have a job or rent an apartment. She steals to survive and sleeps where she can, including rooftops and unoccupied houses. 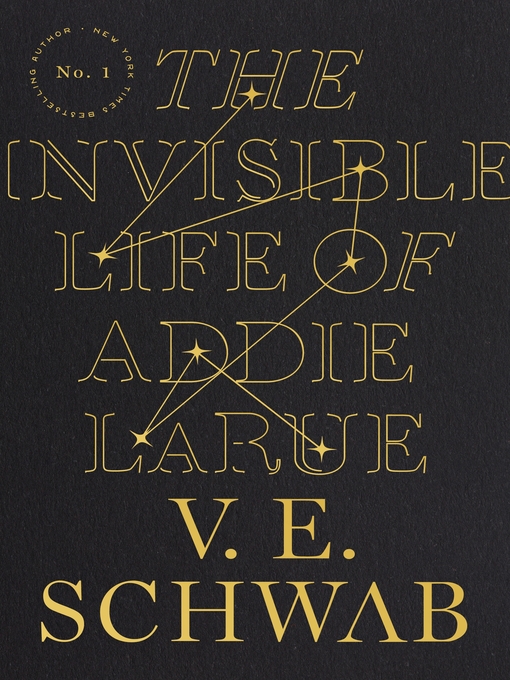 The curse also has significant psychological consequences. Addie longs to be remembered and loved. Everything changes when a man in a bookstore says, “I remember you.” I should mention that this is in New York City in 2014, 300 years after she made the deal with the devil. Addie and the man, Henry, have an intense love affair, and he remembers her every time they wake up together. It’s not the first intense love affair she’s had. She also has an on-again off-again thing going on with… The Devil!! Sheesh! Now, the question is: will Addie’s demon lover interfere with her first long-term romance with a human in 300 YEARS?!? I’m not going to tell you.

I mostly liked The Invisible Life of Addie LaRue. If I was inclined to rate things with stars, I suppose I would give it 3.5 or 4 stars out of 5. The concept was interesting and made me imagine what it must be like to be forgotten for three centuries. The author did a good job conveying the wistfulness Addie had for a more normal life with long-lasting friends and family. She also showed how Addie relished life and new experiences, which made her determined not to give up her soul. All of the characters were well-developed and New York City, with all it has to offer, was a setting well-painted by the author.

On the flip side, for all her wistfulness, I had a hard time feeling sympathy for Addie. I mean, she sold her soul to the devil and then she slept with him steadily for about 15 years knowing he was a monster. The book also had some pacing problems. I started to lose interest in the middle but then re-engaged towards the end because I wanted to see how the author finished it. And it probably could have been about fifty pages shorter. Also, it jumped around a lot between different time periods. First it alternated between 2014 and time periods in the last 300 years as we learned about Addie. Then, when the character of Henry was introduced, the story flipped back in time so we could learn his back story, too. All the flipping around was a bit much. On a more personal note, I took exception to the notion that Beethoven and Joan of Arc owed their greatness to deals they made with the devil. Oh, and the book is anti-Christian, a very unoriginal theme these days.

So much to unpack about this book. It would probably make a good book club pick because there’s a lot to discuss.

Speaking of which – have you read The Invisible Life of Addie LaRue? What did you think?