I used to think I was committing sacrilege if I didn’t finish a book. Part of it was because I’m cheap and it just seemed wasteful. But mostly it was the sheer principle of the thing. Abandoning a book was dishonorable! I’m not a quitter! 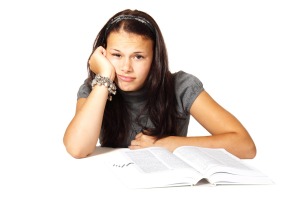 I know better now. Life’s too short to read bad books. Plus, library ebooks make it really easy (and free!) to sample books and throw them back if I don’t like them.

I’ve become quite ruthless at abandoning bad books. I’ve even quit some recent bestsellers, and now I feel it’s my duty to warn you about them.

First up is The Goldfinch by Donna Tartt. This one won a Pulitzer, so I’m risking sounding like a rube by criticizing it, but I sure didn’t like it. The first part was ok, but then the story took a turn and became page after page of how awful this kid’s life became after his mom died. Really depressing. No thanks.

Next up is The Circle by Dave Eggers. All I remember about this book is that I was extremely bored by it. I just couldn’t get into it, so I quit. Some things can’t be forced!

Then there was Alexander Hamilton by Ron Chernow. This is the book that “Hamilton” the musical is based on. It’s actually quite good and Hamilton was an extremely interesting man. But the book is so freaking long that the library yanked it back from me when I was only 1/3 of the way through. I’ll get back to the book at some point, but this is one that I’ll buy so I can take my time with it.

I’ve saved the worst for last – Fifty Shades of Grey by EL James. Curiosity finally got the best of me and I checked it out a couple of months ago to see what all the hype is about. The main characters were so annoying that I returned it about 40 pages in. The girl was chronically blushing and tripping over things and the guy perpetually had a creepy smirk on his face. Yuck. Sometimes it’s baffling which books become bestsellers.

I’m glad I’ve gotten over my issues with abandoning books. It’s made reading even more enjoyable.

Now it’s your turn. Which bestsellers have you abandoned?