This week, I read “Still Life with Bread Crumbs”, by Anna Quindlen. The book was pretty good, but I was a little distracted by a strong feeling of deja vu. Actually, I was a lot distracted.

As I started reading this novel, parts of it seemed really familiar. At first I chalked it up to reading the book jacket. But as I got deeper in, I realized that the things I was recognizing were too detailed to be from a book jacket. Maybe I had read a sample on Amazon? That theory got discarded when I was 10% of the way through and still recognizing certain parts.

Around the 25% mark, none of it seemed familiar anymore. I could only come to one conclusion. Gasp! I’d read this book before and abandoned it a quarter of the way through. And, since the book was published about three years ago, I had read it pretty recently. The reason this was so disconcerting to me is because I have a good 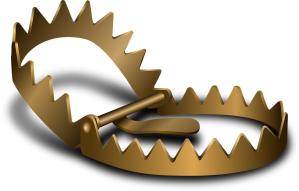 memory. In fact, some of my former classmates nicknamed me “steel trap”. How could I have forgotten reading a book with such a unique title? I wish I could blame it on the book but I think the real culprits are my teenage daughters. Just kidding. I turned 50 this year so I think the steel trap is getting a little rusty. (does steel rust? Let’s just pretend it does.)

So, let me tell you about this book I accidentally read twice. It tells the story of Rebecca Winter, a 60-year-old divorced photographer from NYC. Her previously successful career has withered away and she’s struggling with how to pay some large bills, including 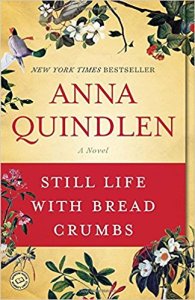 maintenance on her NYC apartment and fees for her mother’s nursing home. As a way to make ends meet, she sublets her apartment for a year and moves to a much cheaper place in the country. There, she does a lot of soul searching, resurrects her photography career and even gets her groove back.

One review I saw about this book called it a story about post-feminism feminism. I suppose so. I thought of it as chick lit for older women. There was a bad relationship with a mother, a failed marriage to an unlikable college professor, a stalled out career, a younger man and a loveable dog. This is the stuff of chick lit. But it wasn’t pure fluff. There was some insightful commentary about dealing with aging parents, the fleeting nature of fame and the superficial nature of certain relationships and lifestyles. The quality of the writing was high, although the tone was mostly a little glum, but the overall message (about being able to reinvent yourself even at 60) was good. I mostly liked the book and I’m glad I gave it a second chance. Thanks, Susan, for the recommendation.

Have you ever accidentally re-read a book? Write your confession in the comments section and make me feel better about my aging memory.

10 thoughts on ““Still Life with Bread Crumbs” or Have You Ever Accidentally Read the Same Book Twice?”