The Only Woman in the Room is an historical fiction novel about the legendary actress, Hedy Lamarr, who was much more than a beautiful face – she also invented a torpedo guidance system. Lamarr’s story is fascinating, but I’m not quite sure this novel did it complete justice.

If you haven’t heard of Hedy Lamarr, she was a well-known movie star who acted in many movies from the late 1930s through the mid-1950s. Her most famous role was as Delilah in Samson and Delilah. She was known for her great beauty. 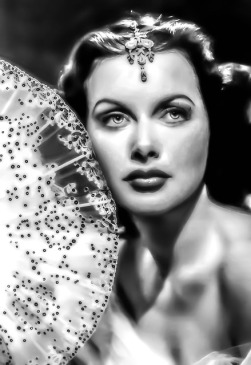 Lamarr was born in Austria in 1914 to prominent Jewish parents and came of age when Hitler was coming to power, which shaped the rest of her life. At nineteen, she married a wealthy munitions mogul named Fritz Mandl, nicknamed The Merchant of Death. Through the social events her husband hosted, she was introduced to many political figures, including Mussolini, and privy to confidential conversations. One of the last conversations she overheard was Hitler speaking about eliminating Jews from German society. During this time, she also developed an interest in the technical side of her husband’s munitions business.

She fled her marriage in 1937 because her husband was an abusive control freak. She was discovered in London by Louis B. Mayer and signed a lucrative contract with MGM studios. In Hollywood, she acted in a lot of movies and ran through a lot of men. She also socialized with other European-born actors, who shared news from their homeland. She felt tremendous guilt for not telling the world about Hitler’s plan for the Jews. This guilt provided at least partial motivation for Hedy to design the torpedo guidance system, which was initially rejected by the military but later adopted. 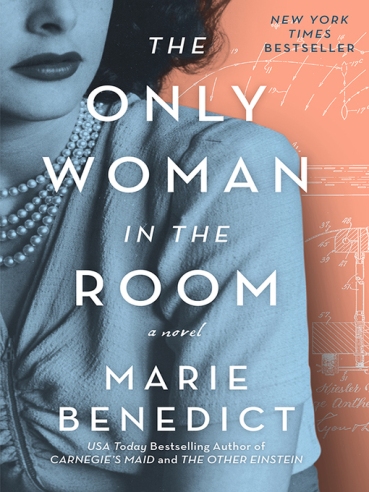 I had a mixed reaction to this book. Hedy is the narrator, which is sometimes awkward, especially when she is talking about her own great beauty. And I’m a little uncomfortable with historical fiction where real people are characters because all the dialog and the characters’ thoughts are completely made up, which makes me wonder about the accuracy of the facts. And, in fact, there was at least one significant factual error – the novel represented that she adopted her first son, James, who was supposedly a European Jewish orphan. In fact, James was her biological son.

I also wish the book had spent more time on her Hollywood life and how she came to be an inventor. The first half of the book is all about her first marriage to Fritz Mandl. She lived an opulent lifestyle, but her husband mostly treated her like a beautiful, caged bird. I must admit, this part was highly readable, kind of like old episodes of Dynasty are highly watchable – the drama and wealth pull you in. But the second half of the book, which was about her first several years in Hollywood, seemed a little rushed.

Here’s the deal – despite its flaws, I mostly enjoyed The Only Woman in the Room. It’s light and entertaining reading and really piqued my curiosity about Hedy Lamarr. A beautiful Hollywood actress that invented a torpedo guidance system is quite a unicorn. If you read it, just don’t take it as pure history.

If you’ve read The Only Woman in the Room, what did you think? And how do you feel about historical fiction that uses real historical figures?

12 thoughts on “Book Review: The Only Woman in the Room by Marie Benedict”