The Plot is a suspense novel that explores the ethics of the origins of plot ideas. Are there still any original plot ideas, or do fiction writers just keep putting their own spin on the same tried and true story lines? Is a writer obligated to develop a plot regardless of where it came from? You be the judge!

First, a quick summary of The Plot.

Jake Bonner is a washed-up author who’s relegated to teaching at a third rate college. His first novel, although not a bestseller, was received with critical acclaim by major publications. His second novel was a dud, and novels three and four never really left the starting blocks.

He’s apathetically going through the motions of teaching a three-week writing seminar when a student describes the plot for the novel he’s planning to write. Both Jake and his arrogant student think it’s destined to become a bestseller and picked up for a movie, which really sticks in Jake’s craw. 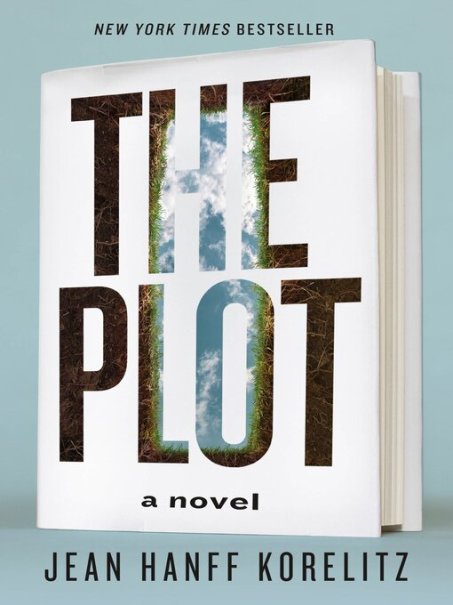 The college program is eventually closed down and Jake works for several years at another job he doesn’t like. Although he doesn’t have fond memories of the writing seminars he taught, he’s never forgotten the plot his student discussed with him. On a whim, he Googles his student’s name and finds out he died pretty soon after he attended the writing seminar.

Jake now faces an ethical dilemma – can he use his dead student’s plot to write his own version of the novel, or would that be stealing? He ends up using the plot and writes a bestselling novel, the movie version of which will be directed by Steven Spielberg.

Jake is riding high – he’s newly wealthy, popular on book tours, and millions of people have read his novel. But the house of cards starts crumbling when he receives a message accusing him of being a thief. The messages and social media posts escalate, and it becomes obvious that someone knows Jake’s plot isn’t original. He sets out to discover the identity of his accuser and uncovers a twisted real-life tale that resembles the plot of his novel.

First, the things I liked about The Plot. The character development, which mostly focused on Jake, is terrific. Jake is a complex character, by turns cynical, vulnerable, burned out, hopeful, and stuck. His fear when he thinks his plot theft will be made public is palpable. It’s also a well-written and entertaining story, and I liked the behind the scenes look at the world of writers and book publishing.

However, the plot twists are easy to figure out well in advance of their occurrence. This was disappointing for me because I like a good surprise. Additionally, there are a few obvious holes in the story that made me scratch my head a little. The writing style also changes over the course of the book from somewhat formal (which was noticeable) to more casual.

Overall, despite some shortcomings, I found The Plot to be entertaining but unremarkable.

Have you read any novels with surprising plot twists recently? Please share in the comments section!

2 thoughts on “Book Review: The Plot by Jean Hanff Korelitz”