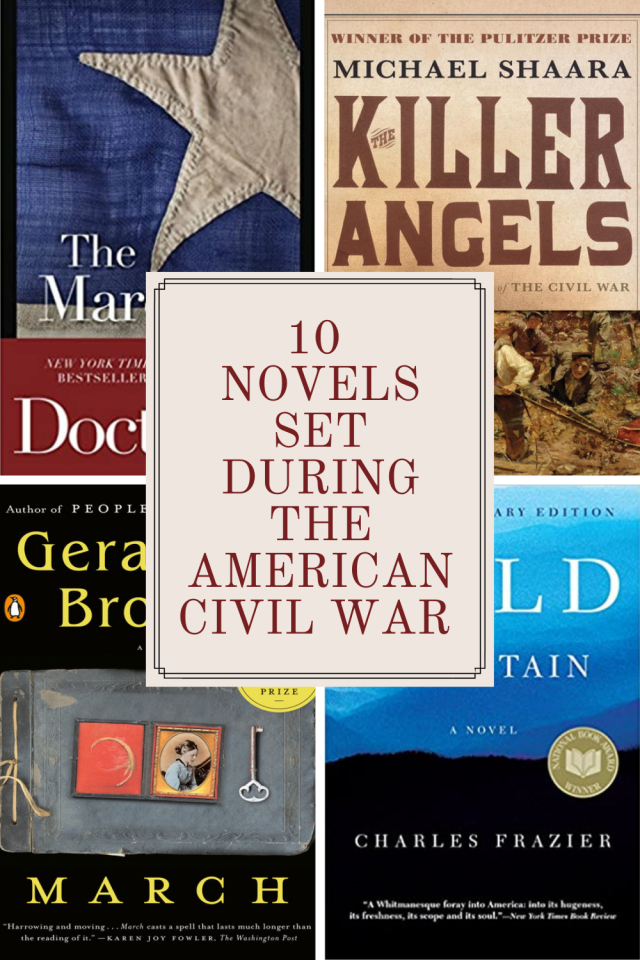 Novels set during the American Civil War can be educational as well haunting and tragic. It’s a compelling mix of qualities that, in the right authors’ hands, can produce satisfying stories that are hard forget.

In recognition of the 160th anniversary of the beginning of the Civil War (and in support of the 2021 Thoughtful Reading Challenge), I’ve pulled together this list of Civil War novels.

The Killer Angels by Michael Shaara

Of course I had to begin my list with The Killer Angels! I first read this book in one of my favorite college courses – a military history class taught by a Welsh Anglican priest. Now, a Welsh Anglican priest at Notre Dame teaching about the American Civil War is quite a thing and I sometimes wondered if he felt like a fish out of water. But he rocked it – hands down the best professor I had in college.

Back to the subject at hand – The Killer Angels is the gold standard of Civil War novels. It tells, in great historical detail, about the Battle of Gettysburg. But it’s much more than tactical details – it also explains the cause of the war and makes it very personal by profiling some of the men involved in the battle. The Killer Angels is a must-read for anyone interested in learning about the American Civil War.

March is the imaginative, Pulitzer Prize winning story of Captain March, the patriarch of the March family from Little Women. The novel mostly describes the year he spent in the Civil War as an Army chaplain, but we also learn about his back story through a series of flash backs. The descriptions of battles, slavery, and wartime life were vivid and grim. Then Captain March ends up in a hospital after being severely wounded – also grim. But there are also instances of compassion and humanity that provide some balance to the darkness. March is a good novel to read about the Civil War because it provides a view of many facets of the war through the eyes of a soldier. You can read my review of March here.

The Good Lord Bird tells the story of Henry, a young slave living in the Kansas territory in the mid-1800s. For those who don’t know Kansas history, it was a hotbed of violence between antislavery and proslavery groups in the years leading up to, and then during, the Civil War.  Additionally, John Brown lived in Kansas territory for a few years immediately preceding his ill-fated attack on Harper’s Ferry. In The Good Lord Bird, Henry decides to join John Brown’s antislavery movement, but he has to disguise himself as a girl in order to do it. “An absorbing mixture of history and imagination, and told with McBride’s meticulous eye for detail and character, The Good Lord Bird is both a rousing adventure and a moving exploration of identity and survival.” (Source: Goodreads)

The Black Flower by Howard Bahr

Unfortunately, the Civil War is full of examples of senseless slaughter often caused by incompetent leaders. The Black Flower tells the story of two people caught up in this type of situation. “The Black Flower is the gripping story of a young Confederate rifleman named Bushrod Carter. When Bushrod is wounded, he is taken to a makeshift hospital where he comes under the care of Anna, who has already lost two potential romances to battle. Bushrod and Anna’s attempt to forge a bond in the midst of pathos and horror is a powerful reminder that the war that divided America will not vanish quietly into pages of history.” (Source: Goodreads)

I read Cold Mountain pretty soon after it was published in 1997 and I remember being pretty devastated by it. It’s a powerful novel that tells the story of Inman, a wounded Confederate soldier who walks away from battle and keeps walking with the intent of reaching his sweetheart, Ada. Along the way, he witnesses the devastation the war has wrought on the people and the land. Meanwhile, Ada is facing struggles of her own as she tries to rescue her father’s farm. Cold Mountain is “at once an enthralling adventure, a stirring love story, and a luminous evocation of a vanished land.” (Source: Amazon)

My Name is Mary Sutter by Robin Oliveira

Mary Sutton is a midwife who longs to be a surgeon. To pursue this dream and escape recent heartache, she goes to Washington DC to tend to wounded Civil War soldiers. While there, she fights gender stereotypes and her family’s disapproval as she finds success in improving her medical skills. “Rich with historical detail—including cameo appearances by Abraham Lincoln and Dorothea Dix, among others—My Name Is Mary Sutter is certain to be recognized as one of the great novels about the Civil War.” (Source: Goodreads)

The March by E. L. Doctorow 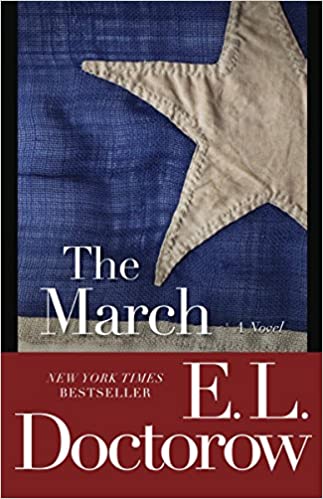 The March is a story of Sherman’s 1864 march to the sea and the band of freed slaves and war refugees who followed in his wake. “The army fought off Confederate forces, demolished cities, and accumulated a borne-along population of freed blacks and white refugees until all that remained was the dangerous transient life of the dispossessed and the triumphant. In E. L. Doctorow’s hands the great march becomes a floating world, a nomadic consciousness, and an unforgettable reading experience with awesome relevance to our own times.” (Source: Goodreads) This one looks especially good!

You might not think of Missouri when you think of the Civil War, but the war did extend this far west and Missouri saw its share of battles and guerilla warfare. For Adair Colley, living in southeast Missouri, the war is all too real. Violence drives Adair and her sisters from their family home and then Adair is wrongfully imprisoned. Her Union interrogator falls in love with her and frees her before he goes off to battle with the promise that he’ll find Adair when he is able. Author Paulette Jiles, who also wrote News of the World, is such a skilled historical fiction writer and she reminds us that there can be decency and love even amid the horrors of war. You can read my review of Enemy Women here.

The Secrets of Mary Bowser by Lois Leveen 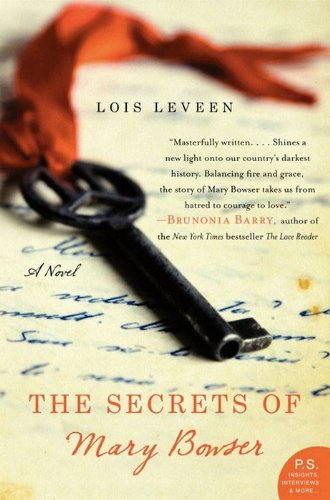 The Secrets of Mary Bowser is historical fiction based on a real-life heroine. Mary Bowser was a freed slave who risked her freedom by traveling to Virginia at the beginning of the Civil War to work for the Underground Railroad and spy on the Confederates. In fact, she went big with her spying by posing as a slave and working in the Confederate White House. “A powerful and unforgettable story of a woman who risked her own freedom to bring freedom to millions of others, The Secrets of Mary Bowser celebrates the courageous achievements of a little known but truly inspirational American heroine.” (Source: Goodreads)

The Union Quilters by Jennifer Chiaverini

The Union Quilters is the 17th book in Jennifer Chiaverini’s The Elm Creek Quilts series. The series centers around a contemporary quilting sewing circle and periodically visits the past as the main character researches her ancestors. The Union Quilters focuses on the women left behind when their men go to war. “As the women work, hope, and pray, the men they love confront loneliness, boredom, and danger on the battlefield. But the women of the sewing circle also forge a new independence that will forever alter the patchwork of life in the Elm Creek Valley.” (Source: Amazon)

There are plenty of good novels set during the American Civil War. What other books would you add to this list?

9 thoughts on “10 Novels Set During the American Civil War”