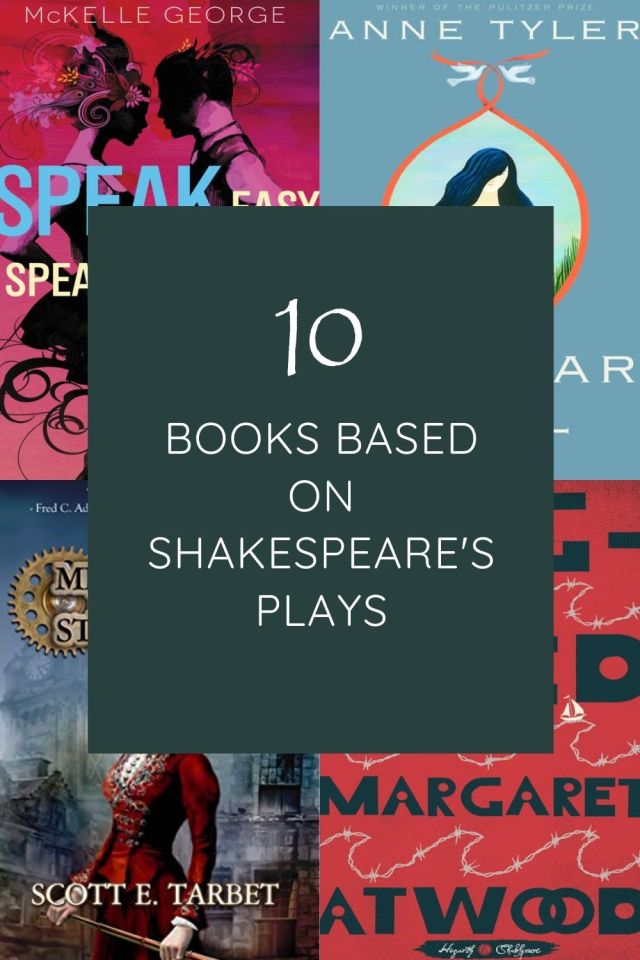 There’s no doubt William Shakespeare’s plays have staying power. More than 400 years after his death, young people still study his work in school. I was introduced to the Bard in high school when I read Othello for one of my English classes and I was pleased to see my daughters study Hamlet their Junior year.

Shakespeare was a master at exploring the human condition with all its messy emotions and behaviors. Perhaps that’s why today’s writers are still inspired to write novels based on Shakespeare’s plays.

If you’re participating in the 2021 Thoughtful Reading Challenge, you may know that March’s challenge is to read a novel based on a Shakespearean play. So this seemed like the perfect time to provide some options.

In no particular order, here are ten books based on Shakespeare’s plays.

A Thousand Acres by Jane Smiley

A Thousand Acres is a Pulitzer Prize winner that reimagines Lear as the owner of valuable farm land in Iowa. This Lear, Larry Cook, rules his kingdom like a tyrant, maintaining equilibrium within his family through power and fear. Everything falls apart when he decides to divide the farm among his three daughters. Shakespearean-level greed, lust, treachery, and madness ensue. You can read my review of A Thousand Acres here. 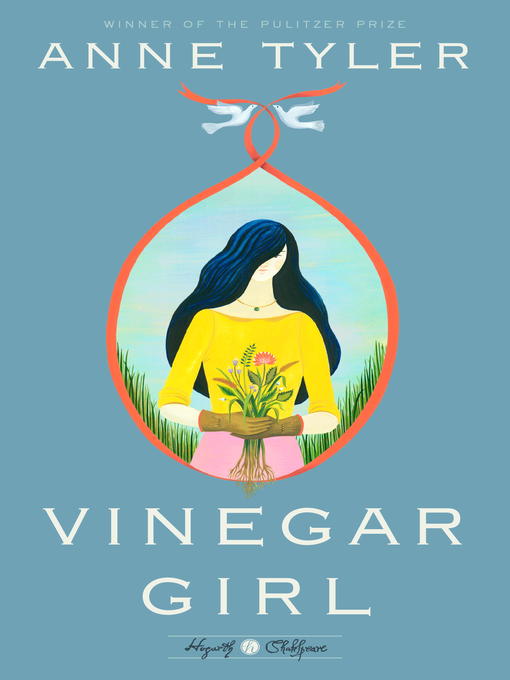 Inspiration: The Taming of the Shrew

Vinegar Girl is part of the Hogarth Shakespeare series, which is a collection of Shakespeare-inspired novels written by prominent modern authors. In this version of The Taming of the Shrew, Kate is a preschool teacher whose father, a scientist, is on the verge of a significant breakthrough. However, his assistant, who is critical to the research, is about to be deported. “When Dr. Battista cooks up an outrageous plan that will enable Pyotr to stay in the country, he’s relying – as usual – on Kate to help him. Kate is furious: this time he’s really asking too much. But will she be able to resist the two men’s touchingly ludicrous campaign to bring her around?” (Source Goodreads)

Ophelia gets the spotlight in this retelling of Hamlet. She’s the queen’s most trusted lady in waiting and falls in love with the handsome prince, but the treachery in Elsinore Castle has her devising a plan to save herself. “Lisa Klein’s Ophelia tells the story of a young woman falling in love, searching for her place in the world, and finding the strength to survive. Sharp and literary, dark and romantic, this dramatic story holds readers in its grip until the final, heartrending scene.” (Source: Goodreads)

Inspiration: Much Ado About Nothing

Speak Easy, Speak Love is set during the 1920s’ prohibition era in a speakeasy and has the elements of a good Shakespearean comedy. “Six teenagers’ lives intertwine during one thrilling summer full of romantic misunderstandings and dangerous deals in this sparkling retelling of Shakespeare’s Much Ado About Nothing… Hilariously clever and utterly charming, McKelle George’s debut novel is full of intrigue and 1920s charm.” (Source: Goodreads) This is my frontrunner for March’s read. It sounds fun, plus the author has a cool first name.

The Story of Edgar Sawtelle by David Wroblewski

Edgar Sawtelle (aka Hamlet) lives on a farm in Wisconsin with his parents. Although Edgar was born mute and has to sign to communicate, he lives an idyllic life raising a special breed of dog. And then Uncle Claude comes to visit. Edgar’s father dies suddenly and Edgar’s attempt to prove Claude murdered him is a spectacular fail. “David Wroblewski is a master storyteller, and his breathtaking scenes—the elemental north woods, the sweep of seasons, an iconic American barn, a fateful vision rendered in the falling rain—create a riveting family saga, a brilliant exploration of the limits of language, and a compulsively readable modern classic.” (Source: Goodreads) 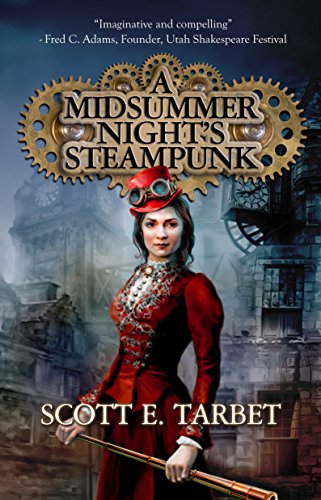 There’s even an option for steampunk fans! “When a priceless invention is stolen half a world away, four unlikely adventurers are caught up in an international intrigue that could cost them their lives…  Immerse yourself in this Steampunk retelling of a Shakespearean classic, replete with the newfound wizardry of alternative Victorian technology, mistaken identities, love triangles, and deadly peril, set against the backdrop of a world bracing itself for war, and Victoria’s Diamond Jubilee.” (Source: Goodreads) Sounds entertaining!

The Daughter of Time by Josephine Tey

The New York Times called The Daughter of Time “One of the best mysteries of all time.” In this novel, a Scotland Yard Inspector who is recovering from a broken leg searches for the truth about Richard III. Was he really the monster who had the young princes killed or was history (and Shakespeare) wrong about him? A modern day detective solving a centuries old mystery sounds like a winner to me!

Fool is the story of King Lear told from the fool’s perspective. “Now [Christopher Moore] takes on no less than the legendary Bard himself (with the utmost humility and respect) in a twisted and insanely funny tale of a moronic monarch and his deceitful daughters; a rousing story of plots, subplots, counterplots, betrayals, war, revenge, bared bosoms, unbridled lust . . . and a ghost (there’s always a bloody ghost), as seen through the eyes of a man wearing a codpiece and bells on his head.” (Source: Amazon) A bawdy version of King Lear? Sure sounds like it!

The author of The Handmaid’s Tale tackles The Tempest in Hag-Seed, another novel in the Hogarth Shakespeare series. In Hag-Seed, a discredited play director plans to stage and broadcast a production of The Tempest performed by inmates in a correctional facility. “However, Felix has another twist in mind, and his enemies are about to find themselves taking part in an interactive and illusion-ridden version of The Tempest that will change their lives forever.” (Source: Goodreads) The plot sounds as convoluted as The Tempest, so it just might work! 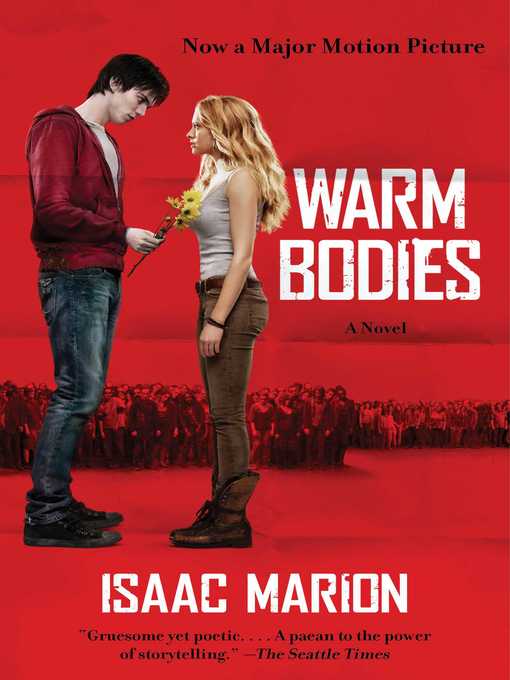 For you zombie lovers, Warm Bodies is a take on Romeo and Juliet and this time one of the star-crossed lovers is a zombie. “First as his captive, then his reluctant guest, Julie is a blast of living color in R’s gray landscape, and something inside him begins to bloom. He doesn’t want to eat this girl—although she looks delicious—he wants to protect her. But their unlikely bond will cause ripples they can’t imagine, and their hopeless world won’t change without a fight.” (Source: Goodreads)

Did any of these options catch your eye? Did I leave any good books based on Shakespeare’s plays off the list?

8 thoughts on “10 Books Based on Shakespeare’s Plays”